What is the best IDE for Python?

So what is the best Python IDE and what makes a good IDE anyway?

Do you need an IDE to program in Python?

No you certainly don’t need an IDE (Interactive Development Environment) to program in Python. For example on Mac and Linux you can work in the terminal and successfully use the Nano text editor. This is included in most Linux and Unix distributions and is easy to use and includes syntax highlighting.

Learners who don’t want to work in the command line would be well advised to explorer Jupyter Notebooks, which lets you run snippets of Python code and document what you are doing at each stage.

What is an IDE and why would you want one?

IDE stands for Interactive Development Environment. As we’ve seen above you can use command line tools such as an editor, version control and debugger but the IDE brings these all together into a graphical user interface, and allows you to work on your code as a project, rather than individual files.

IDE’s can also incorporate automated unit testing, which means tests can be run against you code when you save it. Version control using Git is also integrated, making Git a little easier to use and in many cases giving a graphic representation.

To put it another way, you could write novel using a text editor like Nano but you would be better off using a GUI Word Processor like Word, it’s the same with software development.

What is the best Python IDE for Mac?

Microsoft Visual Studio for Mac, is in my view the best Python IDE for MacOS. I’ll explain more below.

What is the best Python IDE for Windows?

Microsoft Visual Studio for Windows, is in my view the best Python IDE for Windows. I’ll explain more below.

What is the best Python IDE for Linux?

Microsoft Visual Studio for Linux, is in my view the best Python IDE for Linux. I’ll explain more below.

Why is Microsoft Visual Studio IDE for Python so good?

I’m sure there will be those are agree and those who disagree with my recommendations and reasons. This is natural, and understandable, people tend to grow to love whichever IDE they use most and will argue for it. So, I may be wrong and VS Code might not be the best, but you won’t go far wrong with it. I would also advise you not to spend too much time trying lots of different IDE’s. It is best to focus on learning Python and your development work. At the end of the day, the best IDE is the one you put the time and effort into learning and mastering and therefore which makes you most productive.

← Prev: Ahead of Her Time; How a One-Woman Startup Became a Global Publishing Brand’ is the new memoir from Judy Piatkus. Next: Apple TV How to force quit an app → 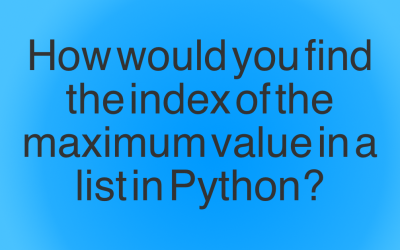 How to find the index of the maximum value in a list in Python?

Introduction to finding the minimum or maximum value in a list in Python This is a classic computer science problem... 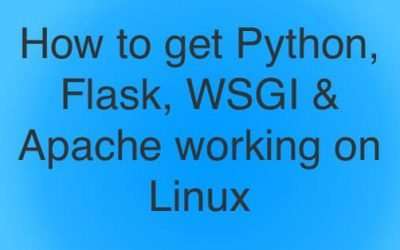 How to install Python, WSGI, Flask & Apache on Centos 8 and get your first Python Web App up and running. 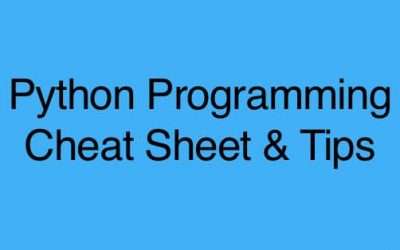 Introduction to Python Tips & Tricks On this page I capture all the little Python tips & tricks which I...