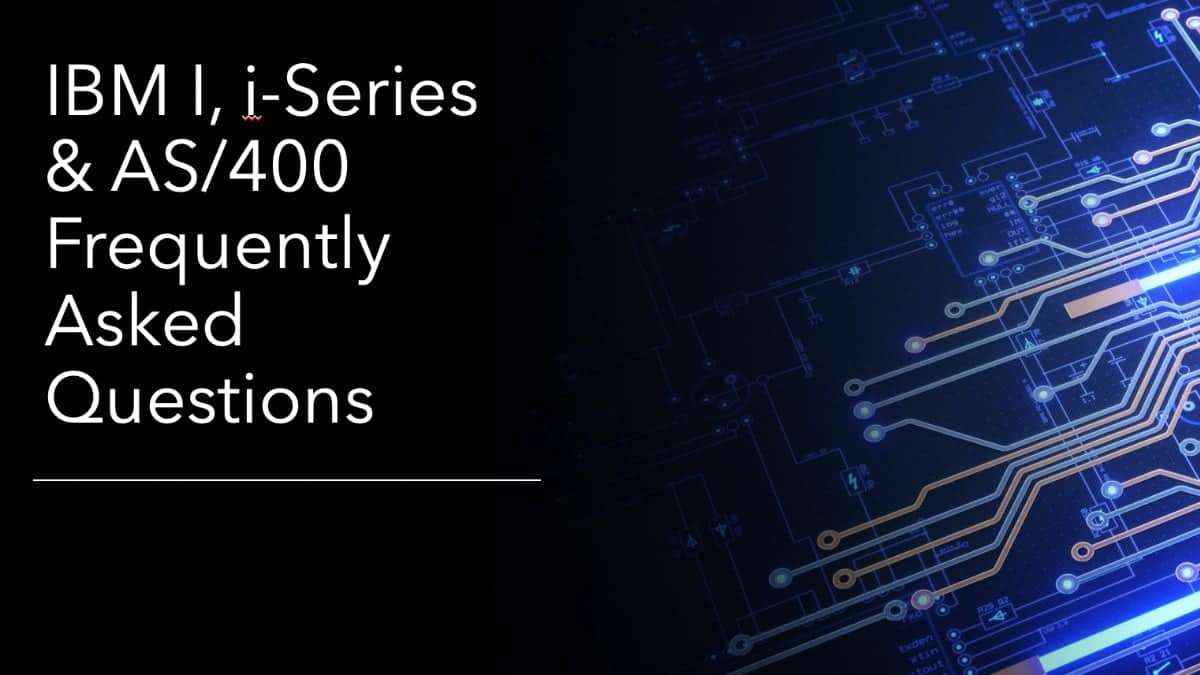 AS400 Command Cheat Sheet (aka iSeries and IBM i)

The IBM AS/400 was the result of a long project at IBM to bring together their S/3, S/36, S/38 ranges onto a single common new platform. Over the years the platform evolved to be able to also run Unix, Linux, PHP and even via additional Intel processors Windows.  As the role of the platform has changed so has its name.  Originally code-named the Silver Lake Project, then AS/400, then iSeries and now IBMi. The Operating System is generally known as OS/400 and more recently IBM has referred to it as IBM i5/OS.

Despite the best efforts of Alison Butrill the AS/400 Product Manager at IBM to change the name of the system, doing a little keyword research on Google clearly shows that more people lookup AS/400 than IBMi on a monthly basis. Sadly they don’t find the IBM site when they try and look up this system.

If you have a specific question about how to do something please post a comment and if I can I’ll answer your question and then add it to this list.

Here are is my AS400 Cheat Sheet to try and get you up to speed quickly:

There are probably over a thousand AS/400 commands, but in normal operations, you will only need to use a handful and I’ve tried to give these above. If you want to know how to do something specific, please leave a message below and I’ll get back to you.

Some more commands to get you started on IBMi

Does IBMi support Kubernetes and Containers

There is still a lot of demand for people with IBMi skills, but the market is nowhere near as big as it is for say Azure or AWS. This does mean if you get the opportunity to train in IBMi Power Systems and you are prepared to become an expert you could be very valuable, a big fish in a small pond.

There are however jobs in this area that are probably underpaid/undervalued and not for the fainthearted. I know of people who have been asked to modify 30-year-old RPG400 code which was machine-generated back in the day. But there’s lots of new code out there as well. J D Edwards started life on AS/400 and is still available. In recent years Oracle have rewritten a number of the older RPG400 programs into free format RPG4. This was driven by the need to exceed the limitations of the older language so that code could be updated to use the updated JDE ecosystem and tooling.

At the time of writing 2FA (two factor authentication) and MFA (Multi Factor Authentication) is not directly supported by OS/400. It would however be relatively easy to implement 2FA or MFA on IBM iSeries / AS/400. When a user signs on, the system looks at their User Profile to see if there is an initial, sign program specified. If there is the system will run it before anything else. A programmer could easily create a script to email or SMS the user with a random and time limited number which the user would need to enter to complete the login process.

This might help avoid end users sharing user id’s and passwords which seems to be a problem in some environments.

You should however NOT rely on the sign screen to protect your system. There are potentially a number of other ways to connect to resources on the system if you know a valid user id and password.

As above, if you have a specific question about how to do something on the AS/400 (iSeries) I’d love to hear from you.  Either e-mail me directly or better leave a comment below and I’ll get straight back to you.

How do I find what version of J D Edwards (JDE) is installed?

How do I find what version of the AS/400 / OS/400 Operating System is installed?

← Prev: How to add Classic FM to iTunes Radio. Next: How to find out what version of OS/400, AS/400 (IBM iSeries / IBM i) Operating System you have installed. →